Come Celebrate the Life and Artistry of

Please contribute photos, stories, videos and as always donations to the DVO are graciously accepted. 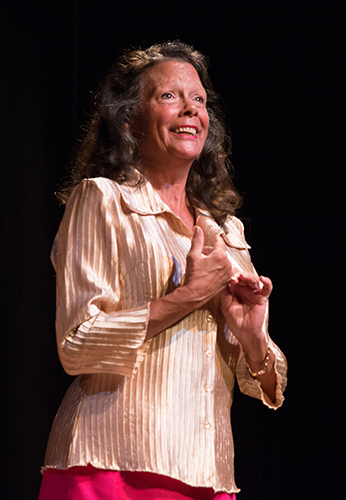 Carol has performed professionally since 1973 when she graduated with a B.A. in Theatre Arts from Webster University, St. Louis, Mo. She proceeded to train at the Manhattan Sch. of Music and Alvin Alley dance studio. Her venues have included Broadway, off-B’way, Regional, Operatic and Concert Stages throughout the United States, which include over 43 principal roles. Ms. Diefenbach has been personally honored by Who’s Who in American Women, National Museum of Women in the Arts and the Association of American University Women.

In 1986 Carol Diefenbach and 21 others developed and created the Delaware Valley Opera with the guidance of Gloria Krause and Elaine Giguere and the Delaware Valley Arts Alliance. The DVO’s mission is to provide opportunities for area talent to study and perform a wide range of opera repertoire; to introduce opera to young people and the general public through performances, workshops and educational programs; and to foster collaborations between creative and interpretive artists and technicians. Carol is quite proud that, “We are now 28 years strong and have local talent working around the world who had their start with the DVO.”

Other ventures and passions are being on the DVO Board of Directors, Music team and Co-Chair of the Women’s Ministry team at the Beach Lake Free Meth. Ch. and involvement with other NFP groups. Carol teaches voice in affiliation with the Vocal Arts Foundation, N.Y.C. She is the proud mom of Christopher, Brandon and Laura Jean and widow of beloved Peter.