2017 Gilbert and Sullivan "The Mikado" 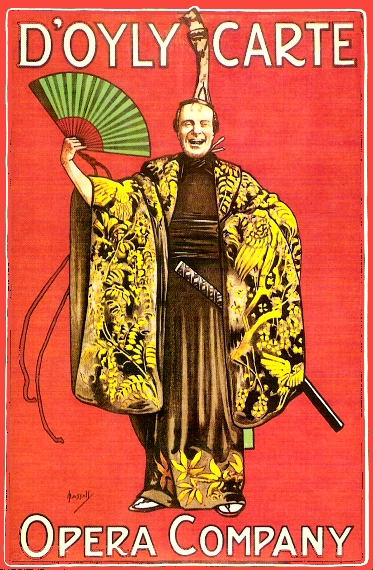 The Mikado is a comic opera in two acts, with music by Arthur Sullivan and libretto by W. S. Gilbert, their ninth of fourteen operatic collaborations. It opened on 14 March 1885, in London, where it ran at the Savoy Theatre for 672 performances. Before the end of 1885, it was estimated that, in Europe and America, at least 150 companies were producing the opera.

On 4 September 1891, D’Oyly Carte’s touring company gave a Royal Command Performance of The Mikado at Balmoral Castle before Queen Victoria and the Royal Family. From 1885 until the Company’s closure in 1982, there was no year in which a D’Oyly Carte company was not presenting it.

European trade with Japan had increased in the 1860s and 1870s, resulting in an English craze for all things Japanese. This made the time ripe for an opera set in Japan. Gilbert told a journalist, “I cannot give you a good reason for our ... piece being laid in Japan. It ... afforded scope for picturesque treatment, scenery and costume, and I think that the idea of a chief magistrate, who is ... judge and actual executioner in one, and yet would not hurt a worm, may perhaps please the public.”

The title character appears only in Act II of the opera. Gilbert related that he and Sullivan had decided to cut the Mikado’s only solo song, but that members of the company and others who had witnessed the dress rehearsal “came to us in a body and begged us to restore it”.

After the Gilbert copyrights expired in 1962, the Sadler’s Wells Opera mounted the first non-D’Oyly Carte professional production in England. Among the many professional revivals since then was an English National Opera production in 1986, with Eric Idle as Ko-Ko and Lesley Garrett as Yum-Yum, directed by Jonathan Miller.