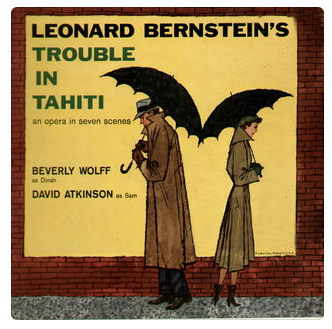 Trouble in Tahiti is a one-act opera in seven scenes composed by Leonard Bernstein with an English libretto by the composer, dedicated to Marc Blitzstein. It is the darkest among Bernstein’s “musicals”, and the only one for which he wrote the words as well as the music.

The opera received its first performance on 12 June 1952 at Bernstein’s Festival of the Creative Arts on the campus of Brandeis University in Waltham, Massachusetts to an audience of nearly 3,000 people.

The NBC Opera Theatre subsequently presented the opera on television in November 1952, a production which marked mezzo-soprano Beverly Wolff’s professional debut in the role of Dinah. Wolff later reprised the role in the New York City Opera’s first staging of the work in 1958.

Bernstein tried to make his opera as real as possible. He wanted everything about it to be believable. He even went to great lengths to write in language that would be heard in everyday speech during that time. “All the music [in Trouble in Tahiti] derives from American vernacular roots, as do the words. And the words are very carefully set so that they will sound in the American cadence and with the American kind of syncopated, almost slurred quality”.

While it was rumored that the troubled young couple was based on Leonard Bernstein himself and his new bride, Felicia Monteleagre -- he was working on the work during his honeymoon -- there is another theory that the story is based on the relationship of Bernstein’s own mother and father.

The work contains a strong attack on American suburbia. Although “Trouble in Tahiti” is a movie that the characters Sam and Dinah see -- Dinah sees it twice -- the title is also applicable to the life depicted in the opera. It should be Tahiti-like, that sun-kissed suburban life, with the neighborly butchers and parks for the kids. In fact it isn’t. There’s trouble. Trouble in Tahiti. Indeed. 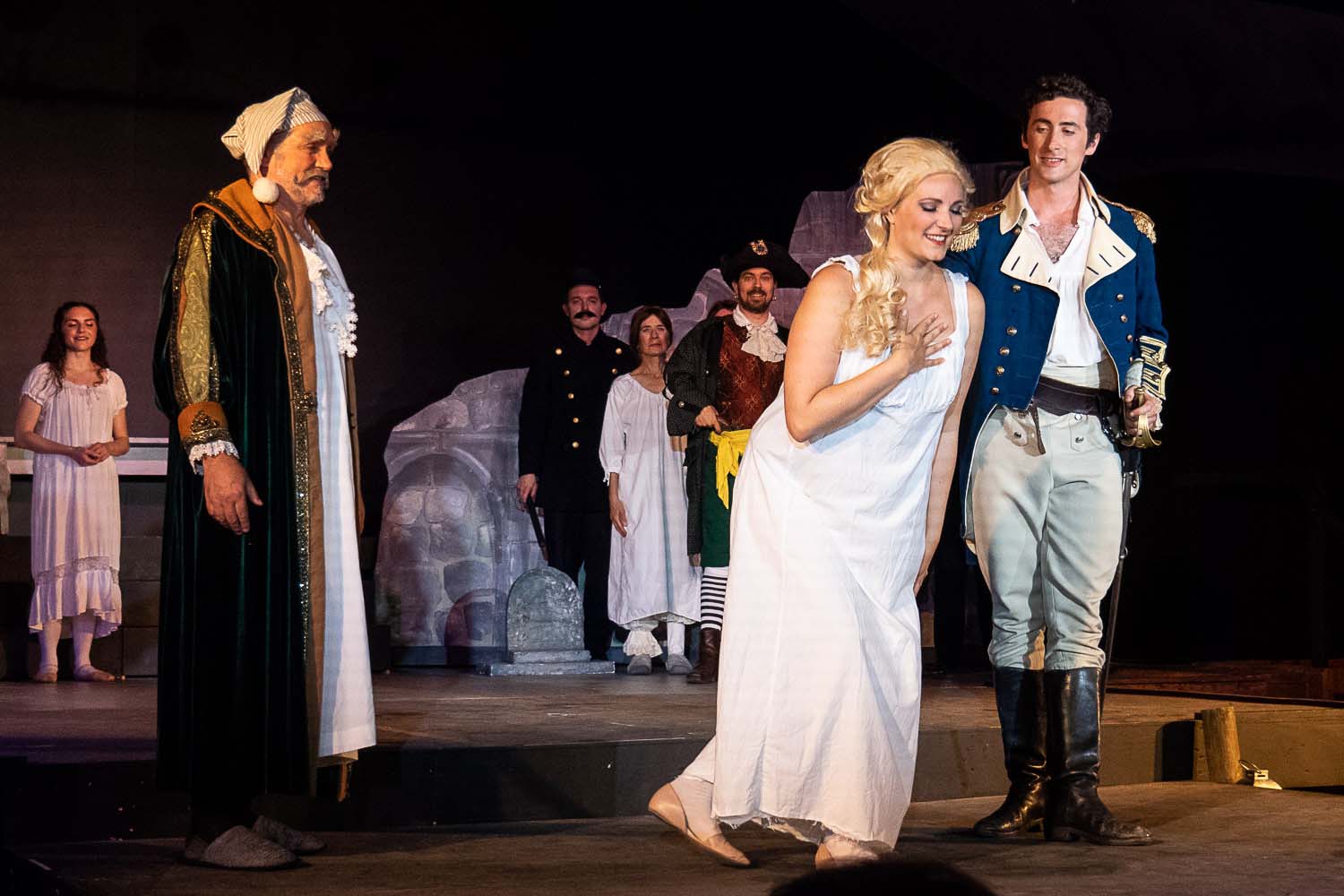