Alas! Poor Frederic! As he was a brave and daring boy, his father sought to apprentice him to a seafaring position, and so told his nursery maid, Ruth, to apprentice him to a PILOT. But Ruth, getting on in years and being somewhat hard of hearing, misheard her instructions and apprenticed poor Frederic to a PIRATE. Thus begins the lively, rollicking, and very humorous Gilbert & Sullivan tale, The Pirates of Penzance.

As Frederic reaches his 21st year, he is finally able to break free from the nefarious influences of The Pirate King and his scurvy band of followers and strike out toward an honest life. In so doing, he meets the lovely Mabel, ward of the bombastic Major General (and sister to his other lively wards), and all seems headed for bliss for the happy couple.

But…But…BUT…Frederic, a “leap year” baby, soon learns that one’s 21st year is not always equivalent to one’s 21st BIRTHDAY, and his piratical apprenticeship may not be as over as he thinks! Mayhem ensues, with the Sergeant of Police and his bedraggled band soon involved and plotting, double-crosses, and shenanigans aplenty. Along the way, some of the best-known songs of the Gilbert & Sullivan repertoire (“Poor Wandering One,” “I Am the Very Model of A Modern Major General,” and many others) are sure to thrill audience members.

Click any image to view a larger and start a slideshow. 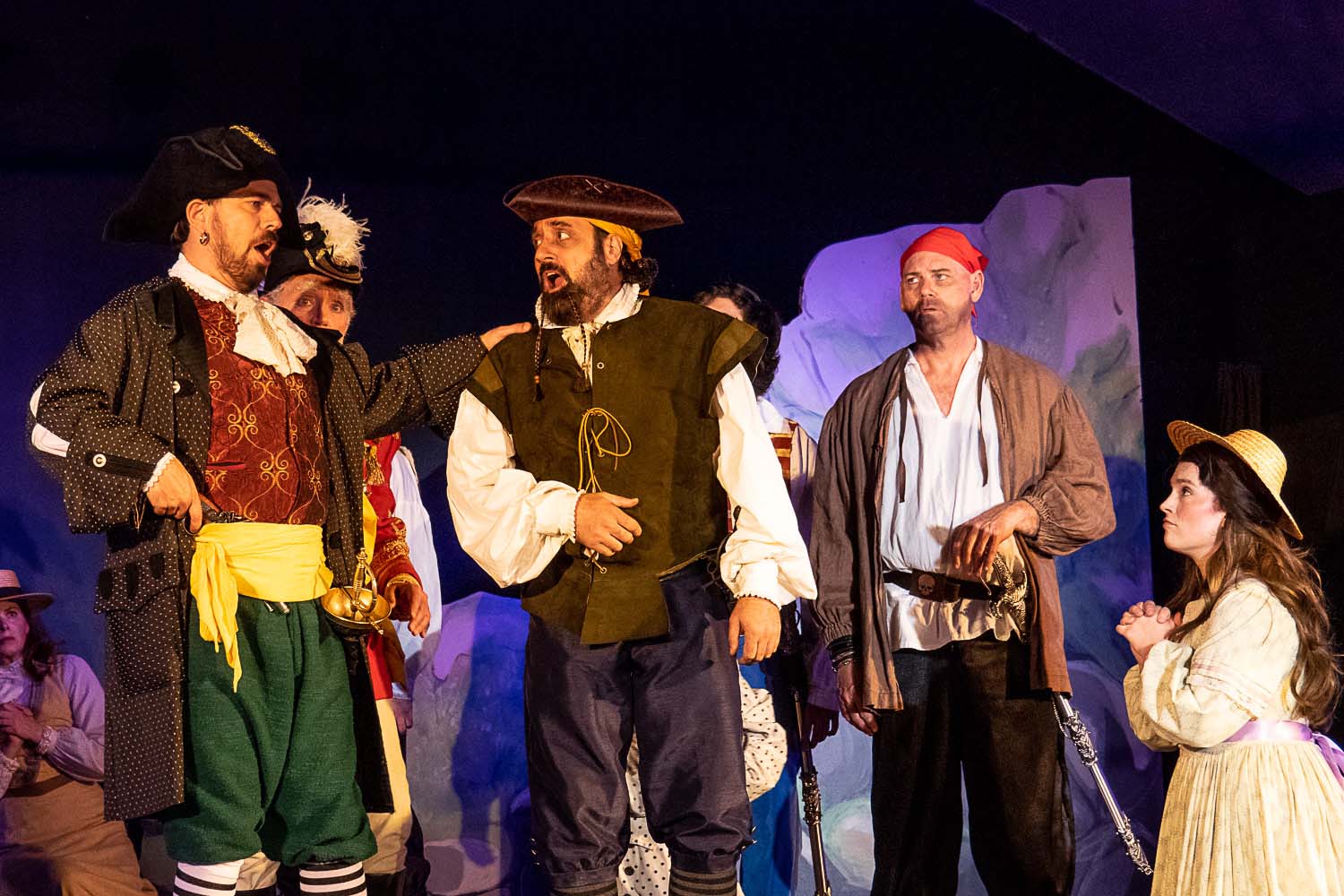